With easy access just off Bangerter Highway and 2100 South we service customers from Salt Lake, Davis, and Utah counties.

Lisa is a certified absoluteDogs ProDog Trainer, Do More With Your Dog Certified Trick Dog Instructor, and American Kennel Club Canine Good Citizen Evaluator, as well as a Temperament Test and Farm Dog Judge. She trains using positive reinforcement, a mix of games, tricks, and teaching your dog to make great choices. She believes education is just as important as training. More than a dog trainer, she is a Canine Coach that strives to make training fun and become a natural way of providing your dog an enriching life. Her experience with a wide range of dog breeds and personalities helps her find what works for each team as individuals. 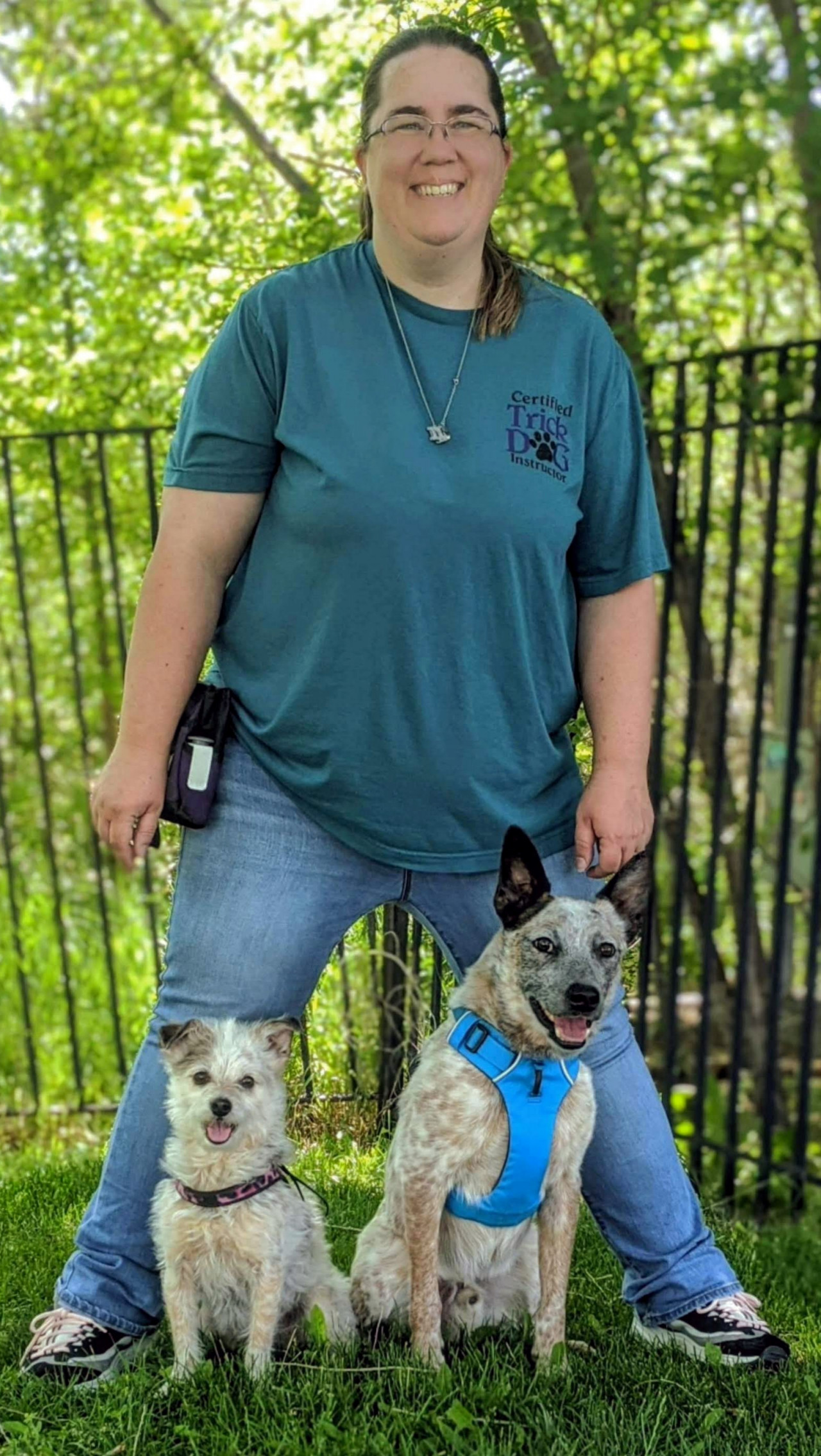 Quibells 'n Bits began unintentionally, from one dog in a basic obedience class that was anything but basic. Luna wasn't an “easy” dog, but she sparked the journey that would one day become a fiery passion for changing the lives of other dogs and their owners. It was through her that I found the world of dog training, and specifically the joy in both tricks and Scentwork. But if Luna was a spark, Stark was the fire. A feisty dog with a sketchy past, Stark came to me impulsive, with too much energy, and a drive that even our home could not compete with. He often squabbled with my other dogs, and couldn’t be near them if toys or food was present for their own safety. It was a situation we could manage, but not resolve. This culminated one night in an obedience class when he nipped my leg while heeling. He was frustrated, stressed, and quite clearly telling me what we were doing wasn’t working.

It was a low, the lowest of lows. I felt defeated, out of depth, isolated, and unsure if I could help this dog. Even with everything I had learned from Luna, everything I had done before, would not work for him. So I leaned in. I researched and I searched for a new method, a new way because I knew it had to be out there. What I found was absoluteDogs and their Naughty But Nice program.

Turns out there are LOTS of dogs out there like Stark (and your dog too!) that feel overwhelmed by the world. That overwhelm can be excitement or fear, but either can result in a dog coping by barking, lunging, and even biting. So I joined their program, I became a ProDog Trainer, and together Stark and I changed the trajectory of QnB. Today he’s an amazing partner and instead of training obedience we train dogs to become more confident, optimistic, and to make great choices by playing games. It’s fun, and it WORKS. Not just in class, not just in specific environments, but in life. I am more than a dog trainer, I am a coach that will change your life and the life you share with your dog. 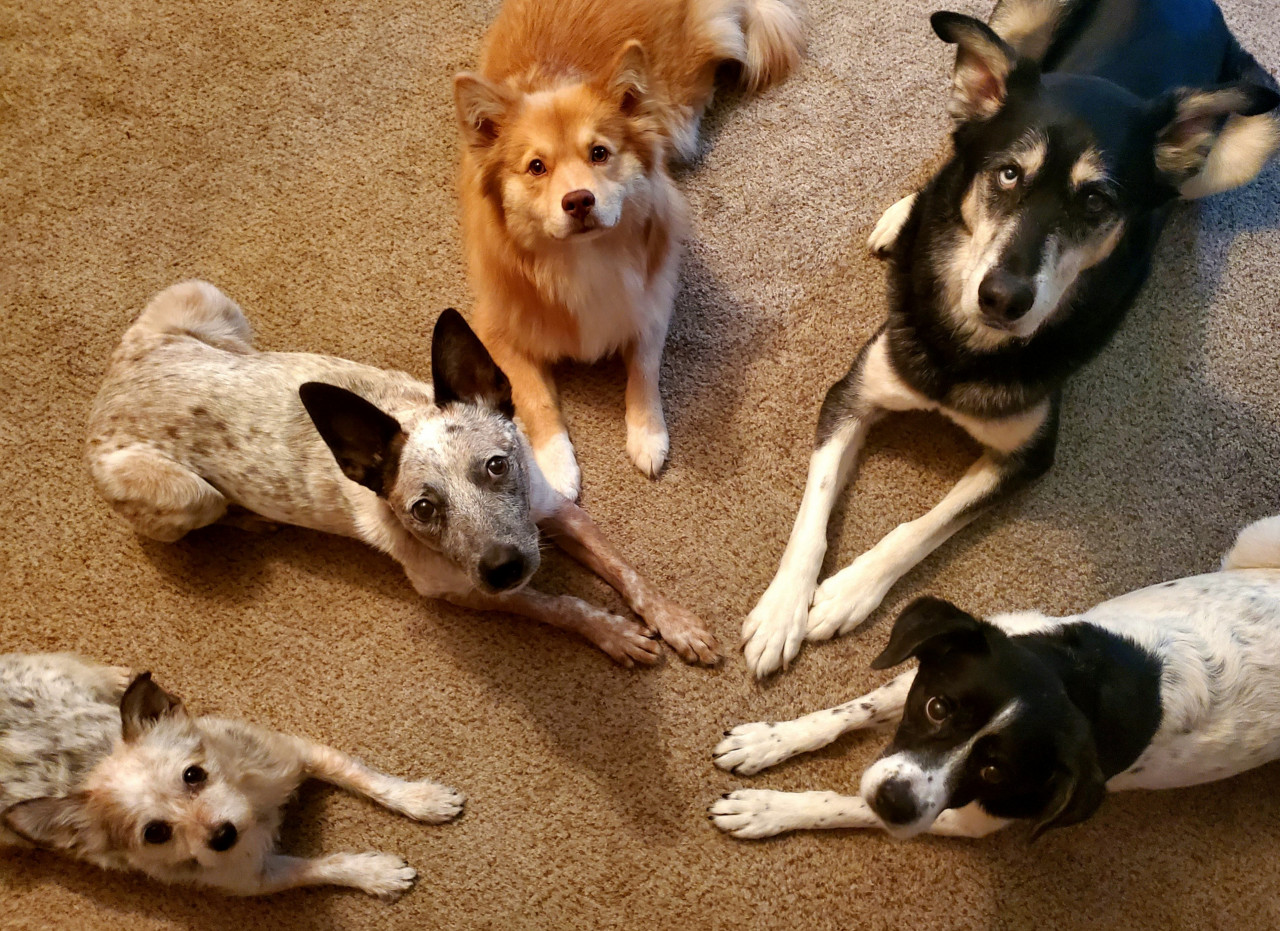 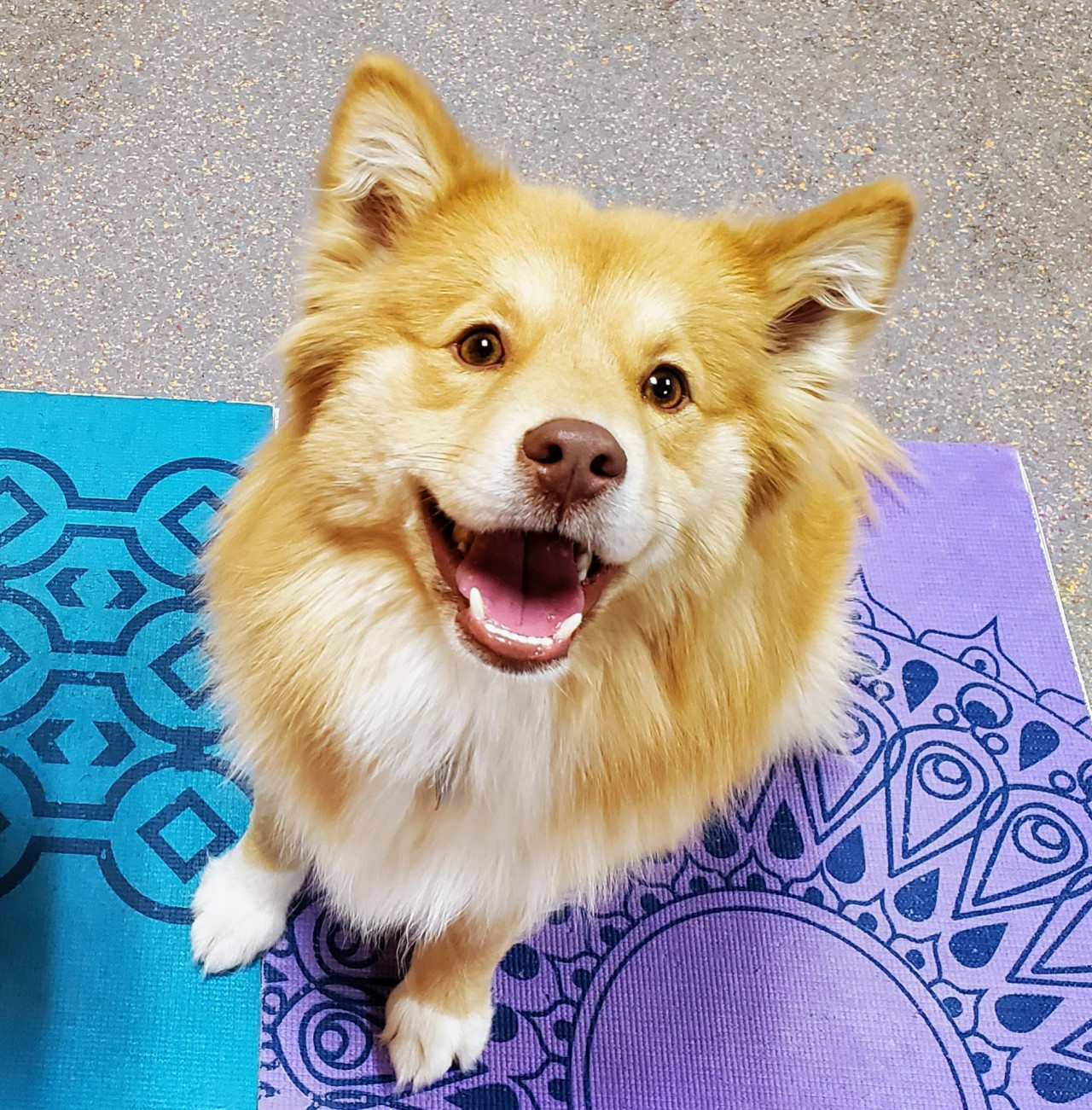 Ginny is a Finnish Lapphund and the newest member of our pack. She loves being a demo dog and helping other pups build confidence - especially puppies. She is just getting started in Trick and Scentwork. 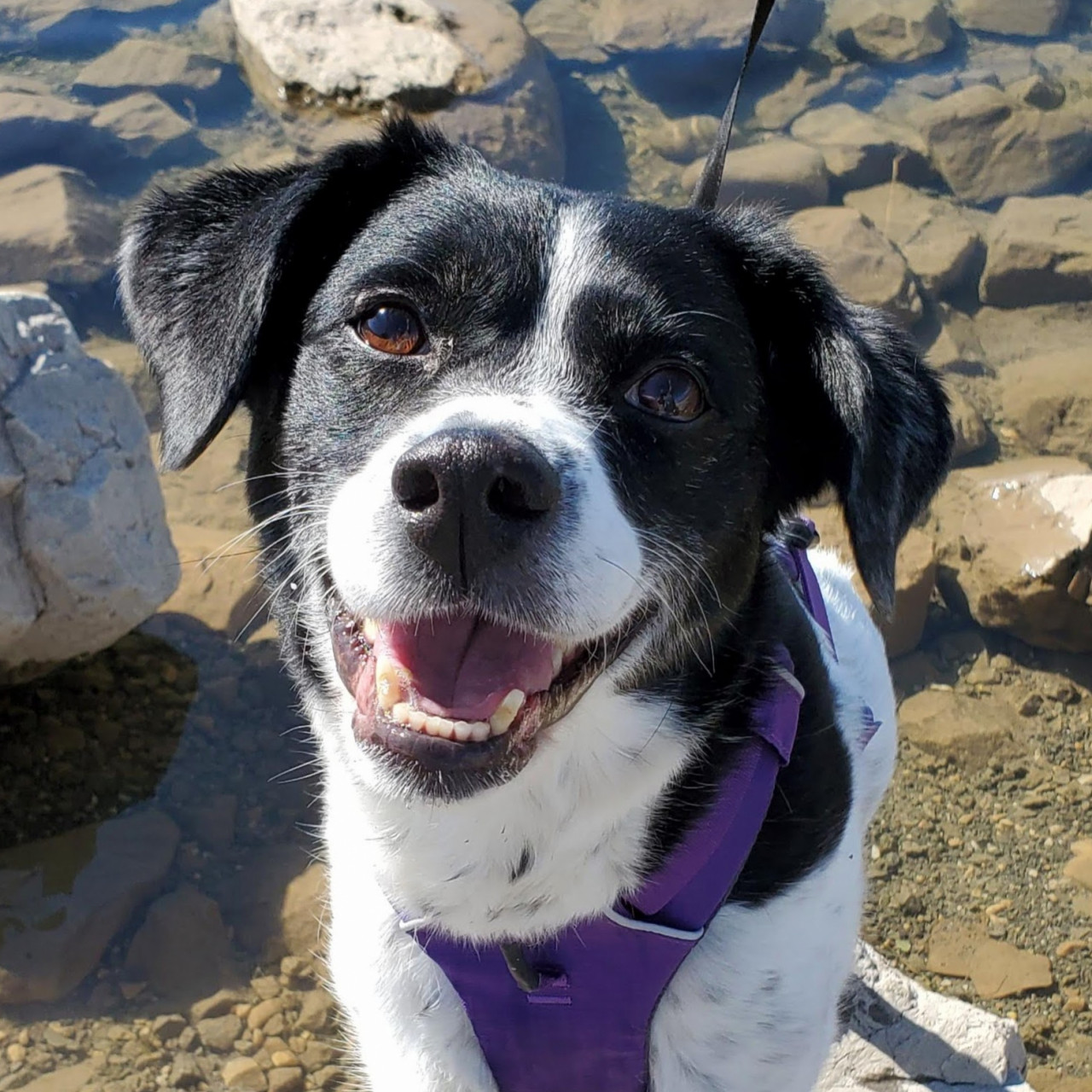 Luna is an Australian Cattle Dog mix and the original inspiration for QnB. She is semi-retired but she still loves learning new tricks and using that nose of hers in Scentwork where she is working on her Master AKC titles. 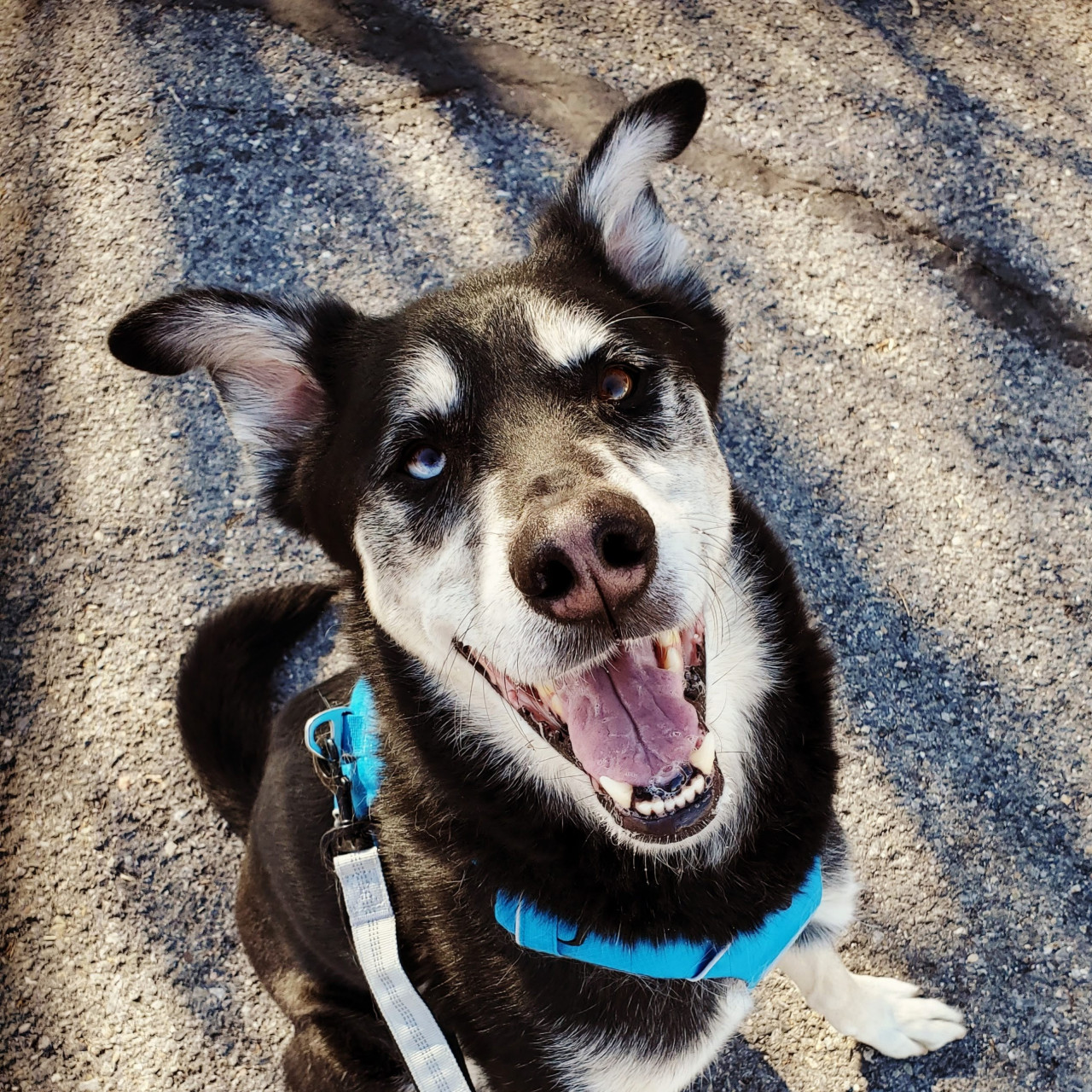 Charlie is our outgoing Husky mix. A true "daddy's boy", his main goals in life are to spend time with Dad and play with Ginny. He loves any game that involves catching kibble and having fun. 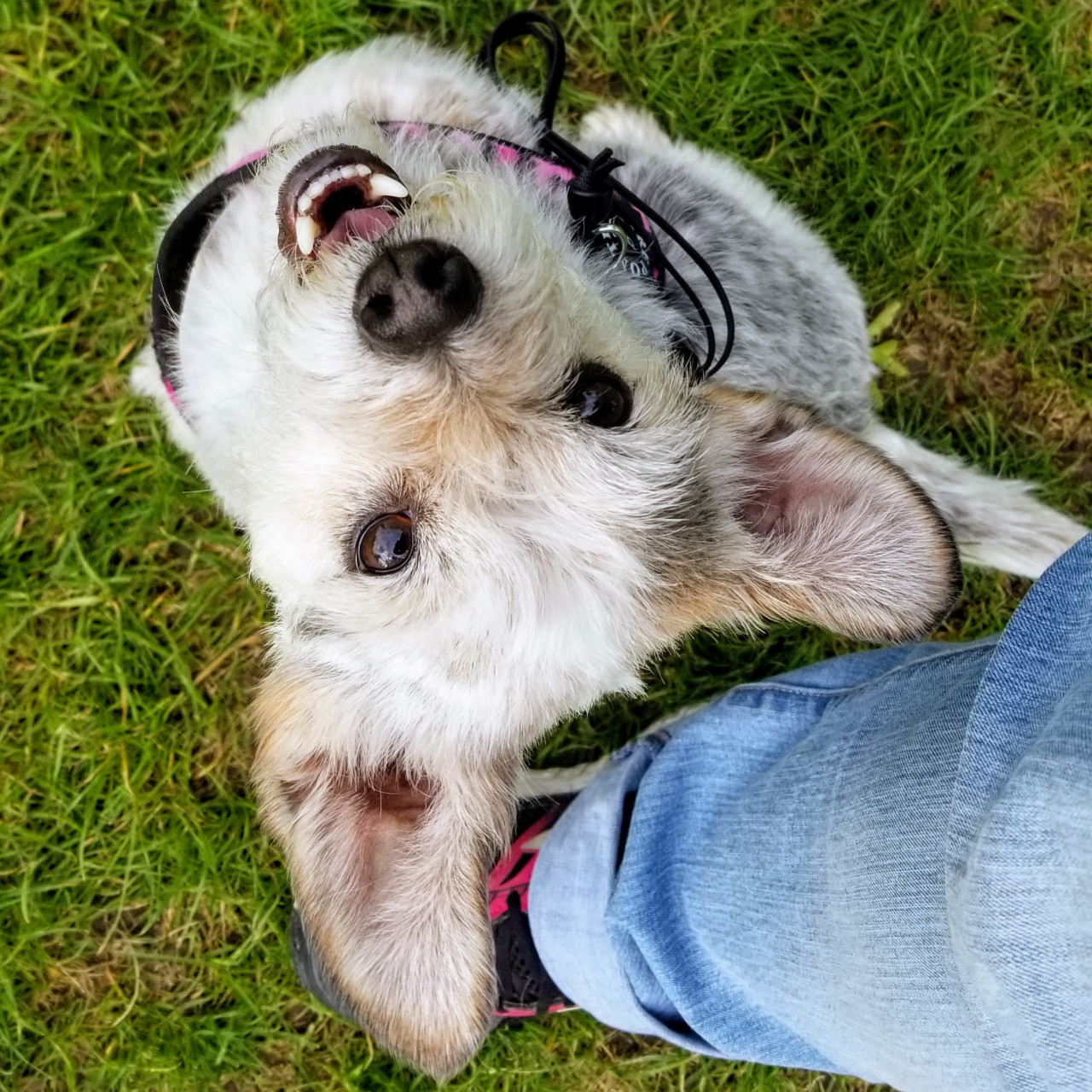 Ella is a terrier mix that is always ready to play with anyone, and has even been  "borrowed" for class on occasion. A master trickster, she is our most versatile pup with titles in Trick, Scent, and Rally. 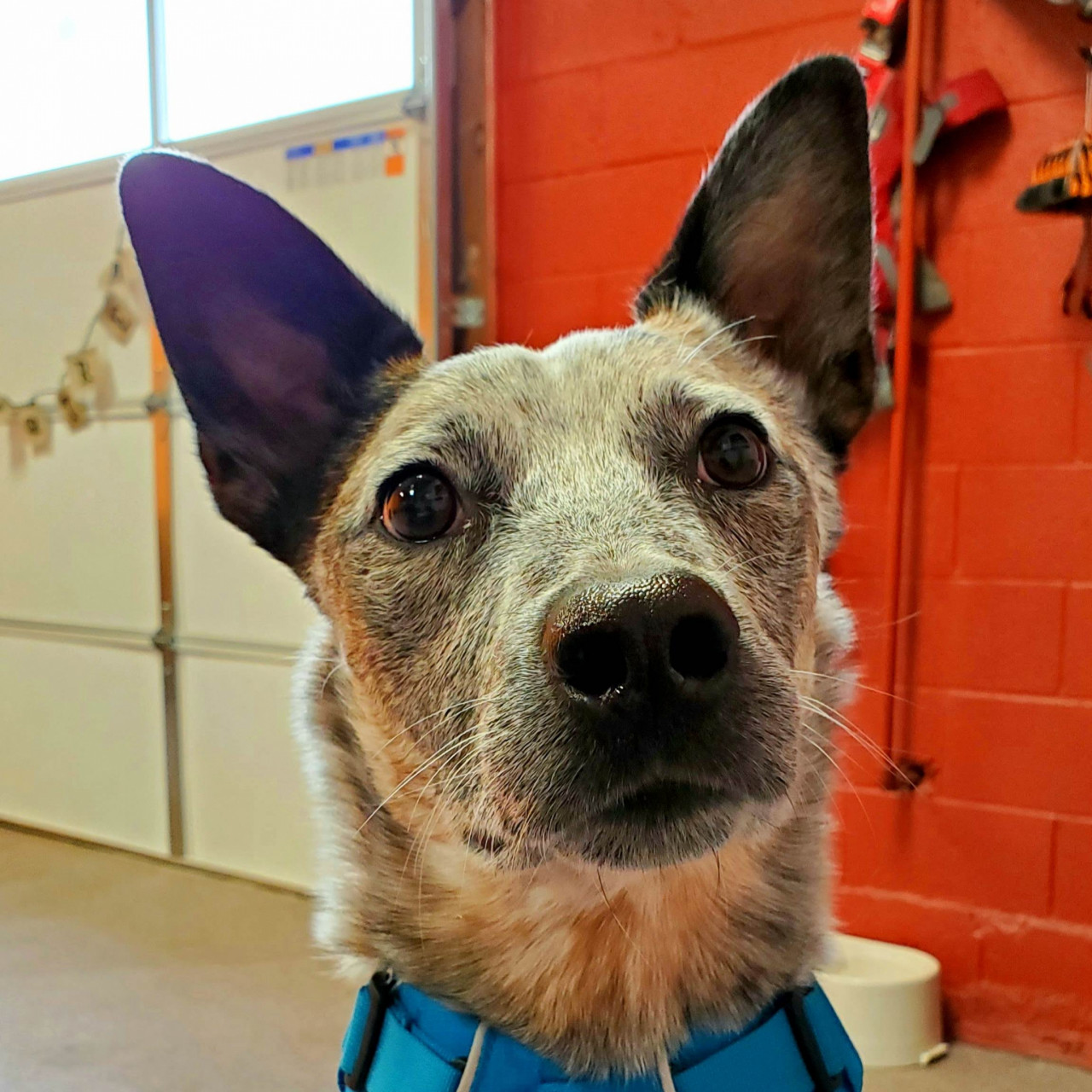 Stark is 100% Cattle Dog with an unstoppable drive that loves to work and play. He's always ready to go, whether that playing a game, demoing, or adventure. He currently competes in Scent and has dabbled in Rally.